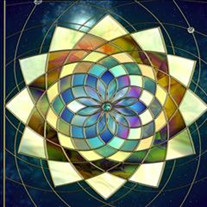 Gene Koch, courageous and accomplished in all endeavors he undertook, has passed away at age 96. He is survived by his three children- Kellett (Jodi), Gena (Mike) and Bill (Denette); and four loving and gifted grandchildren, Stephanie, Kalen, Lexi and Will. He survived his wife and love of his life, Kalen, to whom he was married for fifty-seven years. With her death in 2013, his life was never the same. Son of Herbert and Irene and grandson of Prussian refugees from the failed 1848 revolution, Gene grew up in German speaking Columbus, Wisconsin. Born fearless and adventurous, at age 3 he nearly died when caught in a wagon wheel while attempting to steal peas being driven to market. The mishap did nothing to dampen his exploits. Whether it was galloping a horse, sledding down icy streets, flying off of improvised ski jumps (broken collar bone), or chasing tornados, he was always drawn to risk-taking and excitement. As he grew older, his unbounded energy was channeled into athletics, following the footsteps of his older brother and guiding star, Stu. Gene excelled in all sports. As scoring leader for his high school basketball team, he set a school record for longest streak in free throws made (21). He quarterbacked the football team. He played shortstop for the baseball team. Baseball though gave way for his true lifelong passion, golf. Upon graduation from high school, Gene attended the University of Wisconsin and enlisted in the Navy V12 officer training program in October 1942. His dream was to be a carrier pilot, but was heartbroken when the Navy rejected him for flight school due to eyesight. From UW the Navy sent Gene to Dartmouth and then Cornell to complete his officer education. While at Dartmouth he played varsity football as the quarterback and basketball, participating in the NCAA final four in Madison Square Arena in 1944. By the spring of 1945, Ensign Koch, with his five iron, was in the Pacific Theater, serving as the First Officer aboard LCI 1063 stationed out of Ulithi. His duties included navigation, gunnery, and commissary. In August 1945 he played a key role in the search and rescue of the USS Indianapolis, responsible for piloting the ships of the rescue armada out of Ulithi harbor. Immediately following the Japanese surrender, LCI 1063 repatriated Micronesian slave laborers at various islands from their Japanese captures, and along with the rest of the officer compliment from 1063, took surrender of 2000 Japanese marines at Yap Island. Gene returned to Madison in the fall of 1946, joining Phi Delta Theta Fraternity and playing varsity golf. This is also where he met the love of his life, Kalen. He graduated from UW in 1948 and started his career as a bank teller in Janesville, Wisconsin after being rejected by the Northwestern Mutual Life Insurance Company for lack of financial experience. Two years later he was hired as a Special Agent by NM and quickly rose in the ranks to College Unit Director at UW Madison (1952), District Agent out of Waukesha, Wisconsin (1954) and finally General Agent for the northern half of Florida in 1957. The Florida Agency prospered so much so that in 1966 it was split into three separate agencies and Gene was picked to lead the agency in Indianapolis, guiding it into one of the elite agencies in the company. His leadership and eye for character and talent was demonstrated over the years by the numerous leaders he developed, including Mel Pope, Tyler Potterfield, Gary Froid, Wynn Carrick, Bill Fobes, Tom Goris, Curt Ford, James Erb, Fred Bolyard and Bill Koch among others, selected to head up their own Firms with NM. As Gene diligently worked to help develop the careers of others, he was also able to enjoy traveling the world with his beloved Kalen. The many memories they shared would eventually provide endless story times for his grandchildren. Starting in 1989 Gene devoted himself full time to golf, shooting his age or better on more than 850 occasions. Gene was Wisconsin State Amateur runner-up in 1954, and as an amateur golfer won scores of tournaments and club championships. He shared his love for golf with his family. A round of golf, or two, became a cherished activity during the holiday gatherings. One could always hear his genuine, hearty laugh on the course as he continuously showed up his children well into his upper years. Despite success in all that he attempted, Gene remained always humble and caring. "I'm the luckiest guy in the world" and "kill them with kindness" were just a couple of his go-to phrases, which demonstrated Gene's humility, gratitude, and overall generosity. Gene continued to share his wealth of life's insights into his last days, especially with his grandchildren, while sporting his classic genuine, full-toothed smile. At the core of Gene's success was his devotion to helping others and always putting the needs of others before his own. For all of this, he will be greatly missed. The family will celebrate his memory with a private ceremony. To honor his memory, gifts can be made to the Alzheimer's Disease Research Center, which Gene was passionate about after the passing of Kalen. Alzheimer's Disease Research Center Mayo Clinic in Florida 4500 San Pablo Rd. Jacksonville, FL 32224

Gene Koch, courageous and accomplished in all endeavors he undertook, has passed away at age 96. He is survived by his three children- Kellett (Jodi), Gena (Mike) and Bill (Denette); and four loving and gifted grandchildren, Stephanie, Kalen,... View Obituary & Service Information

The family of Eugene George Koch created this Life Tributes page to make it easy to share your memories.

Gene Koch, courageous and accomplished in all endeavors he undertook,...

Send flowers to the Koch family.