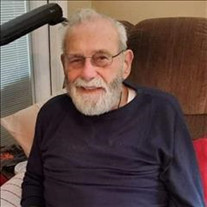 Danese, Jr. Louis Stanley Danese, Jr., 92, passed away peacefully Friday afternoon, October 22, 2021 at Baptist South Hospital with family at his side. He was born January 27, 1929, the eldest son of the late Louis S. Danese, Sr. and Uldene Stalls Danese in Loretto, Florida. Dad attended the St. Joseph's Academy and then on to the 4 room Parochial School house on the property next to the old church hall, where the Cody Center now sits. He graduated from St. Paul's Catholic School in Riverside and rode the Greyhound bus to school every day but not before he caught shiners for the Danese Fishing Camp, which sat where the Metro Diner now sits on Julington Creek. While at St. Paul's, he played football for the St. Paul's Ramblers and in his senior year was the 1948 Class president. There he met the love of his life, Julia Francesca Otero. He and Julie made sure that this small, close class of 1948 stayed in touch and organized high school reunions up until they all started to be unable to attend, well into the 1990's. He then attended the University of Florida for two years before ending his studies to join his father in the family plumbing business. Louis was very active in the Jacksonville Master Plumbers Association as well as the Construction Trades Qualifying Board and the State Plumbing, Heating and Cooling Association. Danese Plumbing Company was in business for over 70 years and he was very proud of the fact that at one time 3 generations of Master plumbers worked there. He was also so very proud that all five of his children worked with him and Mom in the family business. Dad was very proud of our Danese ancestry and involvement in the growth of the Mandarin/Loretto area and the St. Joseph's Catholic Church. He never missed the chance to whip out the "Danese Book" written by his uncle, Emanual Danese in 1981, which was a biographical sketch of the genealogy of Luigi Danese and his nine children and their families. Just recently Dad got to meet one of our Danese relatives from Italy, Paola, and hosted a mini family reunion on his back porch for everyone to meet her. Dad had his priorities straight. His love of God and Family always came first. In his early years he was very active in the Holy Name Society (Men's Club) and never hesitated to assist in the many activities of a growing parish, including the Bazaars that have now morphed into Fall or Spring Festivals. Dad loved sports and when his boys were young, he coached their little league teams. That was when girls were not allowed to play, but he and our grandfather Otero converted our backyard pasture into a baseball diamond and our family hosted many a pick- up baseball game for anyone who wanted to play. Boys came from all over Mandarin and, in these games, Dena got to play as well! He also loved his Florida Gators and Jacksonville Jaguars. The Daneses are avid hunters. Being such a tight- knit family, fathers, brothers, sons, wives, nieces, nephews and grandchildren all hunt together and to this day have a hunting camp in Georgia. In fact, this year is the first year that he missed opening week of hunting season. Dad was known by many names: Daddy, Junior, Louis Jr., Shinola, 301 (his call sign on the plumbing company radio), Mr. "D", Uncle Louis and Grandpa. Louis was predeceased by his parents, Louis and Uldene Danese, his brother-in-law, John "Tex" Dvoroznak, his brother, John "Sonny" Danese, and his loving wife of 72 years, Julie Danese, in 2020. He is survived by his five children: Louis S. Danese, III; Dena Danese Forrester; Richard (Cindy) Danese; Joseph Danese (Beth); and Jean Danese (Cliff) Gray. Sisters: Marylou Dvoroznak; Harriet (Ronnie) Braasch; and Ursula (David) Wold. Brothers: Roland (Brenda) Danese; and Michael (Sara) Danese. Eight grandchildren: Jennifer Forrester (Tony) Shepard; Joseph Forrester (Cristal); Stefanie Gray Hall; Jessica Danese (Matt) Polimeni; Chelsea Danese; Danielle Danese (Tommy); Erica Danese (Darryl) Mitchell; and Josie Danese. Great grandsons: Mason Hall, Grayson & Parker Thomas; Tyler & Preston Polimeni; Dylan Danese; Gryphon, Violet & Lillian Turner; Nathan Wilson and his newest great grandson Henry Mitchell. Pall Bearers: Joey Danese, Joey Forrester, Mason Hall, Cliff Gray, Matt Polimeni, Kenneth Danese, Bobby Dvoroznak, Michael Danese and Ron Braasch. Honorary Pall Bearers: Louis Danese, III, Richard Danese and Roland Danese. Services will be held Friday, October 29th, 2021 at St. Joseph's Historic Church. A Rosary will begin at 10:00 a.m. with Mass of Christian Burial to follow at 11:00 a.m. Interment to follow at Church Cemetery. Celebration of Life to follow at the family home, 3747 Julington Creek Rd. Arrangements under the care of Naugle Funeral Home, 1203 Hendricks Ave., Jacksonville, Fl 32207. In lieu of flowers, if you prefer, please make a donation to St. Joseph's Catholic Church. www.stjosephsjax.org

The family of Louis Stanley Danese, Jr created this Life Tributes page to make it easy to share your memories.

Send flowers to the Danese family.