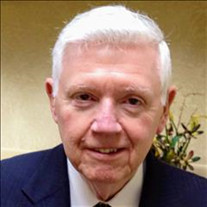 David Merle Taylor was born on August 28, 1937, to Floyd and Thelma Taylor in Cornelius, North Carolina. He spent his youth in and around Charlotte, North Carolina, where he attended Charlotte College. Even as a young child, Merle Taylor had a deep reverence for the Bible. After thoroughly examining some books about the Bible he had been given by his grandfather, a young Merle became convinced that he wanted to dedicate his life to Jehovah God, which he did on September 5, 1952. In 1958 he moved to Brooklyn, New York, where he worked as a volunteer printing Bibles at the headquarters of Jehovah's Witnesses. One weekend he was invited to give a guest sermon for a congregation attended by Barbara Follman. She baked the best banana cream pie he had ever eaten, so he married her on March 10, 1962. After their marriage, the Taylors moved to Eunice, Louisiana, where they enjoyed a missionary assignment as special pioneers for a year. In Louisiana, he first learned about the Carden Method while teaching at a school in New Orleans. Then, his employer sent him to New Jersey to take training directly from Mae Carden, developer of the Carden Method. Mr. Taylor often said that Mae Carden was the first person he had ever met who truly understood how to teach reading. When she offered him temporary work proofreading and preparing Carden textbooks for publication, he gladly accepted. That temporary job soon became permanent, so the Taylors relocated to New Jersey, where they raised their only child, Jennifer. Mr. Taylor worked closely with Mae Carden until her death in 1977. Miss Carden chose him to continue her work as president of the Carden Educational Foundation, Inc. He remained president until his retirement in 2008. He continued to serve on the board and as a consultant to the Foundation until his death. During his many years with Carden, he edited and produced textbooks for students and teachers, taught demonstration lessons to students enrolled in preschool through Grade 8, and provided professional development classes for teachers of the Carden Method in the United States, Australia, and the People's Republic of China. His lifelong love of learning kept him busy. He enjoyed reading everything from histories to mysteries, playing the piano, and even learning to play the pipe organ. Throughout his life, he enjoyed helping others to learn about hope from the Bible. He inspired all who knew him. The Taylors enjoyed living in New Jersey until 1989, when they moved to Brookfield, Connecticut. Another move took them to Hilton Head Island, South Carolina, where they remained for 20 years. Merle Taylor spent the last three years of his life in Saint Johns, Florida. After a long battle with Parkinson's Disease, David Merle Taylor died in Jacksonville, Florida on July 30, 2021. He is survived by his wife, Barbara Follman Taylor, his daughter, Jennifer Royse and her husband William, and a brother, Eric Taylor. A memorial service will be held via Zoom on Saturday, August 14, 2021 at 2 pm Eastern. To attend, please visit www.zoom.us and click "Join a Meeting." The Meeting ID is 860 031 018, the PW is 475020. In leu of flowers, the family requests donations be made in memory of Merle Taylor to one of the following 501(c)(3) non-profit organizations: JW.org: http://donate.jw.org The Carden Educational Foundation: Community Hospice and Palliative Care:

The family of Merle Taylor created this Life Tributes page to make it easy to share your memories.

Send flowers to the Taylor family.