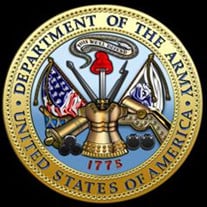 Phillip John Holmberg passed away in his sleep Wednesday afternoon February 2, 2022. Phil, or P.J., as he was known to many, was 98 years old and lived a full, meaningful, happy life. He adored his wife Sharon, whom he called Tayo, They were married for over 70 years until her death in 2015. Born May 29, 1923 to Charles and Ida Holmberg in Newark, NJ, he answered the call to arms at age 18 and joined the Army Air Corps to fight in WWII. After basic training in San Antonio, Phil was stationed in the Jacksonville area as a fighter pilot trainer. He met our mother Sharon on a blind date and the perfect match was on. They were married before he shipped out to Europe. He rose to the rank of Captain and was shot down during the Battle of the Bulge, while flying ground support sorties. He was captured by the Nazis after hiding out in a creek in the snow while severely injured. The Gestapo held a gun to his head because they thought he was Jewish, but a German sergeant spoke up that Holmberg was a Swedish name and one of their guards was a Holmberg. Burnt badly and his leg full of shrapnel, he was operated on in prison camp and somehow survived 6 months as a prisoner to see Patton's tanks crash through the gate of the camp and free the prisoners. After the war, he and his wife Sharon lived in New Jersey for a time while he tried his hand at many jobs from selling vacuum cleaners to building materials. They moved to Jacksonville with their small children, Sherrie 4 and Lars (Phil) 2, and he eventually became a carpenter for S.S. Jacobs, a large commercial general contractor. Bobby Jacobs saw the promise and drive in Dad and kept promoting him until Dad was running the company. Phil and Sharon bought 14 acres of untamed woodland in Arlington. They cleared part of the land and built a small concrete block house. They lived in the small house for 7 years until they could afford to build their real house and the old small house became the garage. In 1963, Dad formed Holmberg Construction Company and built shopping centers and commercial projects all over the southeast for 18 years. In 1981, Phil left the business to his sons Phil and Eric, and started his real estate business developing condominiums, the Townhomes of Bigtree, with Herb Peyton. Sharon started her interior decorator business and they worked together for years. Mom and Dad liked to travel and they loved to play tennis. They had a match almost every afternoon and built a tennis court in the backyard. Cocktails on their dock at sunset was a ritual. He leaves behind his three children: Sherrie Marsico, Phil Holmberg, and Eric Holmberg (Helen), numerous grandchildren, great grandchildren: and great great grandchildren. He was a great man, a good listener, and invaluable advisor. We all love him dearly. He is missed already. Dad donated his body to UF Shands teaching hospital, so there will be no funeral or memorial service.

Phillip John Holmberg passed away in his sleep Wednesday afternoon February 2, 2022. Phil, or P.J., as he was known to many, was 98 years old and lived a full, meaningful, happy life. He adored his wife Sharon, whom he called Tayo, They were... View Obituary & Service Information

The family of Phillip Holmberg created this Life Tributes page to make it easy to share your memories.

Phillip John Holmberg passed away in his sleep Wednesday afternoon...

Send flowers to the Holmberg family.