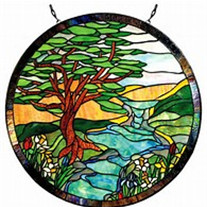 Richard Earle Camp III (Ricky), 27, passed away on Wednesday, April 20, 2022, in Jacksonville, Florida. Ricky was born in Jacksonville on January 17, 1995, to Richard Camp II and Robin Jones. After attending Mandarin High School, Ricky continued his education at both Florida State College of Jacksonville and Tallahassee Community College. Ricky was an incredible skater, and had the scars on elbows, knees and chin to prove it. Friends often commented on his ability to pick up on tricks with just a few attempts. His passion for photography was evident from the ancient 35mm film camera that was constantly around his neck and the images he shared with family and friends. Ricky was an avid reader, enjoying everything from philosophy to economic theory. He had a natural ability to connect with people as shown by his diverse and large group of friends, many dating back to his earliest school days at Greenland Pines Elementary. Ricky was most comfortable in nature, whether just sitting under a tree and reading, or hiking trails throughout the southeast. He is survived by his mother Robin Jones, father Richard Camp II, sisters Lauren Tomlin and Meredith Arcuri, grandparents Richard and Betty Camp, and grandmother Clara Clark. A Celebration of Life ceremony will be held on June 18, from 4 to 7pm at Springs Park in Green Cove Springs. All whose lives were touched by Ricky are welcome to attend. In lieu of flowers, the family asks that you consider a donation to LifeQuest Organ Recovery Services. LifeQuest was instrumental in assuring that Ricky's choice of organ donation was honored, and through his donation multiple lives were either saved or greatly improved. Information on Lifequest can be found here. (https://lifequestfla.org/get-involved/#charitable ).

The family of Richard Earle Camp, III created this Life Tributes page to make it easy to share your memories.