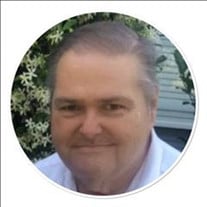 Robert Cottingham Stevenson, III (Bob Stevenson) of Jacksonville, FL, passed away and was received into his heavenly home on Tuesday, August 4, 2020. Bob was just shy of his 69th birthday after having battled COVID-19 for more than two months. Bob was born August 20, 1951, in Washington, D.C., to Robert C. Stevenson, Jr. and Mary C. Greenwald. He was the oldest of six children, three brothers and two sisters. At a young age, he began studying music and showed a true talent for playing piano and singing. He went on to learn to play the organ at the National Cathedral in downtown D.C. Bob was very proud of his involvement in the Mass Choral Works that he sang in for the opening of the John F. Kennedy Centre for the Performing Arts in Washington, D.C. He worked alongside the world-renowned composer, Leonard Bernstein. Bob met his wife Patricia ("Rusty") and they were married on December 21, 1974 in the Washington D.C. Temple of The Church of Jesus Christ of Latter-Day Saints. They welcomed three daughters, who he doted after as little girls, and the family ended up in Jacksonville, FL. Joyfully, their fourth child joined the family and Bob's namesake could continue through his son, Robert, IV. His children's involvement in the arts was a source of great pride for him and he always eagerly supported their recitals and performances. As a father, he was very involved in his children's school. Serving as "Room Dad," everyone loved it when "Mr. Bob" came in to help, sing songs and play games; he even organized a children's choir at their Elementary School. While music was his passion, his true joy in life was his family. He was the one who tended the home, cooked dinner and was there when his kids came home from school. He was known for keeping things meticulously clean and prided himself on this opportunity to care for his family. Besides being a devoted husband, father and grandfather, Bob was best known for his musical talent. He taught scores of students the fine art of music through piano, organ and voice for over 45 years. Bob spent countless hours at the piano bench mentoring those same students and building relationships that fostered a love for music in them all. Another major artistic outlet was his involvement in music at his church. His untiring commitment to the church and music was truly inspiring. As a member of The Church of Jesus Christ of Latter-Day Saints, he served in many different capacities, most notably as Stake and Ward Music Chairman, Organist and Choir Director. Bob was involved in the music for the dedication of three LDS temples, Washington D.C., Atlanta and Orlando. For many years he directed an annual Easter Cantata choir which drew participants and audience members from the entire region. He also directed choirs for innumerable Stake and Regional Conferences, youth choir productions and the like. Bob is survived by his loving wife, Patricia Lowder Stevenson, daughters, Bethany (Matthew) Kellar, Heather (Ian) Loveland, Katherine (Joseph) Pechaver, son, Robert IV, and seven grandchildren, Zachary, Carson & Matthew, Jr. Kellar, Dylan & Olivia Loveland and Landon & Layla Pechaver. He is also survived by three brothers, Allen, Elmer and Russell and two sisters, Cleona and Judy. All of those who wish to pay their respects and visit with the family may do so on Tuesday, August 11, 2020 from 11:00 a.m. until 12:30 p.m. at Naugle Funeral Home, 1203 Hendricks Avenue, Jacksonville, FL, 32207. Following the Open Visitation a private Memorial Service will be held at 12:30 p.m.. With respect to the current restrictions due to COVID-19, only guests with a invitation may attend, however the service will be streamed online for everyone to view live at 12:30 p.m. that same day (https://www.youtube.com/channel/UCBXi19cetqIiiO8gIx-Fubg/live)

Robert Cottingham Stevenson, III (Bob Stevenson) of Jacksonville, FL, passed away and was received into his heavenly home on Tuesday, August 4, 2020. Bob was just shy of his 69th birthday after having battled COVID-19 for more than two months.... View Obituary & Service Information

The family of Robert C Stevenson created this Life Tributes page to make it easy to share your memories.

Send flowers to the Stevenson family.