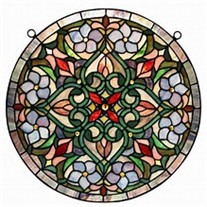 Ms. Virginia Ann Mixon (nee Grosse), of Madison, WI, passed away on Wednesday, February 17, 2021 at the age of 84. Virginia was born to parents, Raymond and Marie Grosse on 4 January 1937 in Madison, Wisconsin. She graduated from Madison Central High School in 1955. She worked for a while in Milwaukee, WI as a bookkeeper. In 1958, she married Ronald Mixon and spent the next 19 years with him, as he served around the world in the US Air Force. During her time as an Air Force spouse, they had three children, Gisele, Anthony, and Clint. The family was stationed in Italy and Germany, both of which were highlights for Virginia. This taste of international travel would lead Virginia to travel to over 30 states including Alaska and to international destinations such as Canada, the UK, and several Caribbean nations. Virginia and Ronald were divorced in 1982 and Virginia continued to raise the children on her own. She soon went back to school at Swainsboro Technical College, where she completed training to become a Licensed Practical Nurse and received her LPN license in 1983. Virginia would then take a position as an Early Intervention Instructor at the Bulloch County High Hope Center for individuals with developmental disabilities. Virginia found great joy and satisfaction helping the individuals that attended the center during her 16 years of service at the center. Virginia was an active member of St. Matthew's Catholic Church where she served as eucharistic minister for a time until moving to Jacksonville, FL. She also volunteered her time and services to the Bulloch county community in several ways including being a volunteer with Same day Surgery at Bulloch Memorial Hospital, Bulloch County Lions Club, Humane Society, and the Georgia Cares program. Virginia is survived by her daughter, Gisele Bolton, her sons, Anthony, and Clint. She has four grandchildren, and four great-grandchildren. She is preceded in death by her parents, Raymond and Marie Grosse, and her brother Kenneth Grosse. In accordance with her wishes, there will be no viewing but a funeral mass with her cremated remains present will be performed at St Mathew's Catholic Church in Jacksonville, Florida at 1 PM on March 1st, 2021. Virginia's cremated remains will be interred in the Resurrection Catholic Cemetery in Madison, Wisconsin. The family is grateful for condolences and they request that instead of flowers or other items a donation be made in her name to the Children's Tumor Foundation (CTF.Org) or the American Cancer Society.

Ms. Virginia Ann Mixon (nee Grosse), of Madison, WI, passed away on Wednesday, February 17, 2021 at the age of 84. Virginia was born to parents, Raymond and Marie Grosse on 4 January 1937 in Madison, Wisconsin. She graduated from Madison Central... View Obituary & Service Information

The family of Virginia A Mixon created this Life Tributes page to make it easy to share your memories.

Send flowers to the Mixon family.